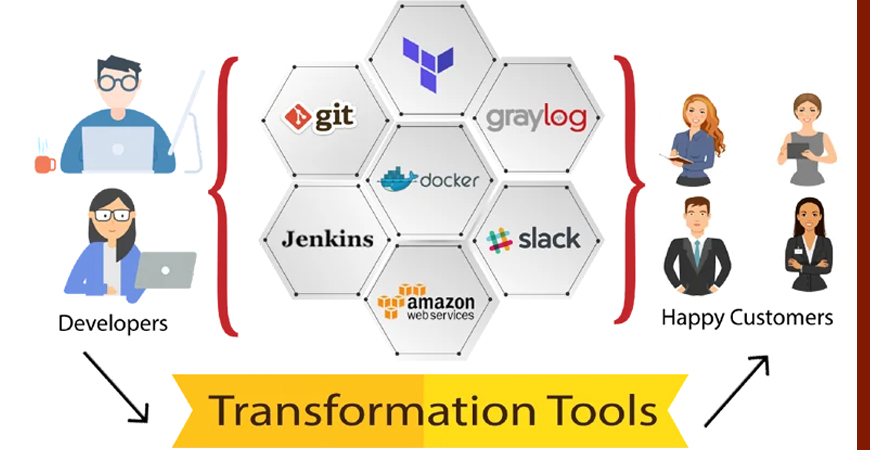 DevOps is often credited for a digital transformation in an organization. Below is a case study where we used devops to transform product development lifecycle for one of our customers.

While the application code is robust and developers are expert as well as efficient, over a period of time, customer felt that one factor was slowing things down once they started on-boarding more team members in their development team, this factor was manual build and deploy. Alongside, they also discovered that there were no testing in place, that means, we were deploying even without doing basic verification.

We used best practices of devops to implement a continuous integration and continuous deployment pipeline for our customer. Moreover, we also converted customer’s infrastructure into code and setup end to end real time monitoring and notifications for their entire product, including software and infrastructure. We took following steps to achieve our goal:

In a matter of 3 months, we were able to turn around things, with very visible and positive changes. These changes ensured that developers are focused on developing great features and deployment, operations et al were taking least amount of their time.

Following are some of the direct and major results of this digital transformation:

DevOps is less about applying a voodoo spell that will ensure your problems disappear in thin air, rather it is about having a agile mindset and a setup of processes, backed by set of right tools to ensure business continuity and development efficiency. This mindset, processes and tools should be used and embraced by your stakeholders. if devops is well embodied and accepted by everyone as the usual way of doing thing (not a special thing that few elite do), then only your organization can succeed in the DevOps journey.