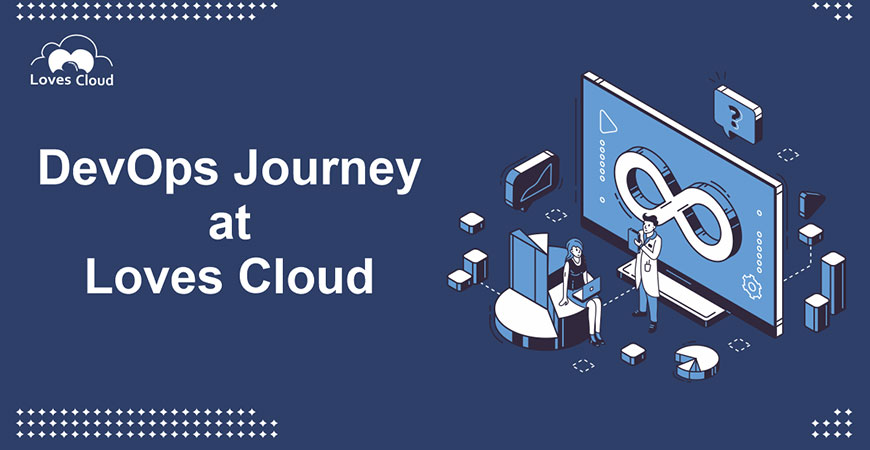 The word DevOps is made of two words – Dev for Development and Ops for Operations. DevOps is the practice of developing and deploying software where the Developer and the Operations Staff do not work as separate departments but as a single entity. A company has to continuously cater to the ever-changing needs of customers by coming up with new products and services. DevOps significantly reduces the time to implement new features, updates, bug-fixes thereby increasing the productivity of a company.

DevOps is indeed a journey. There are many stages and only after crossing those stages can a company claim that it has developed a DevOps culture among its employees. These DevOps phases are listed below:

Continuous Development – To remain relevant in the market, new features and updates of a company-software have to be rolled out quickly. Hence, improving the software as a whole is not practical anymore. The software is updated after breaking it into small chunks. Continuous development is achieved through the use of continuous integration, continuous testing, and then deployment and delivery. Agile system is the keyword in continuous development. In order for a company to implement DevOps successfully and effectively, it needs the help of cloud. So, an agile delivery system that is transitioned to a full DevOps culture and the power of cloud can speed up the productivity of a company phenomenally. The work of a company has to pass through the below mentioned phases after which it can proudly say that it has DevOps culture in place:

Continuous Integration – After a developer writes code to update a particular aspect of the software, he integrates the code into a central database. Earlier, developers working on a software were needed to submit their code to the main branch after they complete the whole process. This made updating a software a cumbersome process and allowed many bugs to remain hidden until the final testing. With continuous integration, developers frequently integrate their code in a central repository like Git. These codes are then built and tested in an automated way to ensure their quality is satisfactory and that they will not allow the software malfunction. A practice of continuously integrating the software changes in a shared repository multiple times a day can save a lot of time for a company. The problem of bugs creeping into the codes can also largely be minimised with continuous integration.

There should be a proper connection between Continuous Integration and Continuous Deployment. This connection is called Pipeline and it is imperative that this pipeline is duly followed. The pipeline looks like this:

Continuous Testing – Earlier, after a team of developers built software, another QA team would test it. This was a time-consuming process. In the DevOps journey, after code is integrated, it is automatically built and tested to see if there’s any bug. If the test fails, the build does not go further and the developer corrects the code to push it again into the repo.

Continuous Deployment – In an organization where DevOps culture is followed religiously, there is no need for a test-passed code to be checked for deployment to production. Hence, in these companies, deployment is also done in an automated way.  You just need to figure out if company needs a gatekeeper before deployment or it can allow continuous deployment

Continuous Delivery– Sometimes whether a code should be passed on to the production department is decided by the Operations staff. In this case after the code is tested and checked for bugs, it waits for that ‘push of a button’ to be delivered.

Continuous Monitoring – Since development and deployment has become automatic, monitoring the software to judge its integrity and security must be automatic too. In DevOps journey, software is monitored in a smooth automatic way using tools like elastic search, kibana etc. As we already mentioned that AWS is slowly becoming a viable DevOps service provider, you can use Amazon CloudWatch to monitor your infrastructure and applications, use your resources in optimal way. With tools like Botmetric, App Dynamics, Dynatrace – you can monitor your cloud spending and manage app-performance which ultimately goes a long way to support DevOps.

Continuous Feedback – Feedback from customers is an important and oft-overlooked aspect of DevOps. Feedbacks can help developers identify any shortcomings of the concerned software.

Continuous Optimization – With feedback from the real-world customers, developers can optimize their code to improve the software. Thus we are back to square one. Optimizing a software means to update the software to meet the needs of the customers. The updated piece of code moves through the same phases as described above.

Scope of Work for DevOps

Tools to Streamline your DevOps Journey

Following tools are suggested for smooth functioning of the DevOps pipeline:

What We Do on DevOps?

We at Loves Cloud offer consulting services and solutions with regards to DevOps. We have helped many companies take the leap from legacy work culture to the whole new DevOps culture. What’s more, we are proponents of open source software and show how these software can be used to make the DevOps journey smooth for you.

How Our Clients Can Benefit Through DevOps?

Despite being in its infancy, DevOps has a promising future. After further tuning, DevOps would become the most followed software development process. But you don’t have to wait for the future to come. Loves Cloud is here – the future looks interesting from our side.